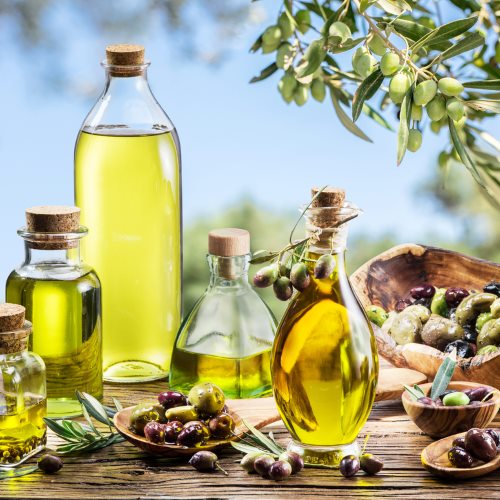 Artificial trans fats, produced in a process of hydrogenation at high temperatures, are the root cause of cardiovascular diseases, cancers, diabetes and obesity. But natural trans isomers, the ones found in meat and fat, prevent atherosclerosis and cancer. There is increasing scientific evidence that it is not the amount of fat that is decisive in whether obesity, atherosclerosis or diet-dependent conditions will develop, but its structure. Learn the differences between artificial and natural trans isomers and saturated and unsaturated fats to consciously compose a healthy diet.

What are trans fats?

Trans fats are unsaturated fatty acids, i.e. acids that contain at least one double bonding between the carbon atoms in the molecule. The bonding can be either a cis bonding (where both hydrogen atoms are on the same side of the bonding) or a trans bonding (where the hydrogen atoms are on two opposite sides of the bonding). Trans fats have a fatty acid radical with the trans configuration. In natural fats (olive oil, rape-seed oil, flaxseed oil), unsaturated fatty acids have the cis configuration, while in hydrogenated vegetable acids, trans isomers are found. Trans isomers are primarily produced in the hydrogenation process, i.e. during hardening at high temperatures. The cis or trans configuration determines the shape of the molecule. Trans fatty acids are linear, while cis acids are V-shaped, which radically changes their metabolism, biological activity and impact on the health.

Meat (veal, beef, lamb) contains ca. 0.2 to 10% of natural trans isomers, while milk and milk products contain 3 to 7%. Not only do natural trans isomers not pose a health threat, they have been proven beneficial to the human body. The most important trans isomer in milk fat is vaccenic acid which, as a lipid ingredient of cell membranes, is responsible for tissue integrity and suppresses the multiplication of cancer cells. Another trans isomer, conjugated linoleic acid, has been proven beneficial in lowering body fat and maintaining proper body weight, as it suppresses enzymes that lead to fatty tissue accumulation. It has been observed that a high-fat diet supplemented with 0.05% of the isomer induced LDL (the “bad” cholesterol) and total cholesterol reduction. Additionally, as shown in research, the isomer prevents cancer, even at low doses (1% of the fat in the diet). The results of tests and experiments are unambiguous. As natural trans isomers in dairy products and meat of ruminants have numerous health benefits, their consumption should be widely recommended. If so, why do they have such a bad reputation?

Artificial trans isomers, a cause of cancer

Artificial trans isomers, the cause of atherosclerosis and heart problems

The Nurses Health Study showed that consumption of synthetic trans isomers favours the development of type 2 diabetes. It is the previously mentioned elaidic acid that increases insulin resistance. The bigger the amounts of artificial trans isomers in your diet, the bigger the risk of abdominal obesity and weakened cell sensitivity to insulin. Excess levels of insulin circulating in the blood relative to the level of glucose is called hyperinsulinemia. It is a metabolic condition with fat accumulation in the abdominal area. The studies also confirmed that in patients with visceral obesity, type 2 diabetes is more likely to lead to insulin resistance.

From what we know today, it is not the amount of the fat consumed but its composition that makes it either a risk factor for obesity (or other civilisation diseases) or a health promoting factor. Studies have clearly established that the greatest health hazard is excess consumption of artificial trans isomers, which are produced in the process of frying fat and industrial hydrogenation of vegetable oils added to the majority of foods. Margarines, confectionery products, bakery and ready-made products, French fries, food concentrates, frying fats and fast foods contain large amounts of trans isomers, which are the main risk drivers for atherosclerosis (circulatory problems), obesity, breast cancer, prostate cancer, colorectal cancer, as well as type 2 diabetes and other metabolic disorders. Products like these should not be eaten by children or pregnant and breastfeeding women. But there is nothing against consuming natural trans isomers from milk and milk products, veal, lamb meat and beef.

The theory that the consumption of saturated fatty acids causes high “bad” cholesterol was promoted in the 1950s by Ancel Keys. Few people know that in his doings, he subjectively used the results of epidemiological tests from only 7 countries, out of the 22 that he had at his disposal. It was in the 1950s that the demonization of the risk of becoming ill with atherosclerosis, allegedly due to the consumption of saturated acids, began. All this to… boost the sales of cheaper vegetable oils and margarine. So, what is the truth about the detrimental potential of saturated fats? Professor Grażyna Zielińska explains that there is a dependency between the consumption of animal fats and a growth in total cholesterol and LDL (the “bad” cholesterol), but also between the consumption of animal fats and the growth of HDL (the “good” cholesterol). This means that the LDL to HDL proportions remain unchanged. The studies do not clearly report a connection between the development of atherosclerosis and LDL. What they do show, however, is that it is not the excess of animal fats rich in saturated fatty acids and cholesterol, but long-term omega-3 deficiencies that cause atherosclerosis. When the body lacks omega-3 acids, the metabolism of cholesterol gets blocked. What is worse, artificial trans isomers (which are omnipresent in today’s foods, and margarines in particular), completely block the activity of enzymes that are responsible for metabolising cholesterol. As shown, the consumption of vegetable fats in the form of margarines and other products with trans fats enhances the risk of development of atherosclerosis. So, what does it all mean? You should not be afraid of saturated acids. Another reason why it is good to eat animal fats is that they are high in anti-oxidants (e.g. vitamins A, D, E, K), which protect the brain and cell membranes and support the immune system.

The proportion between saturated and mono- and poly-unsaturated fatty acids (MUFAs and PUFAs) is of paramount importance. One of the major MUFAs is oleic acid, which is beneficial for fat metabolism and suppresses the formation of atherosclerotic plaques, thus reducing the risk of atherosclerosis. Oleic acid is found, among others, in olive oil, rape-seed oil, avocado and nuts. Another good source of both oleic and linoleic acid is peanut butter, on condition, however, that it contains at least 90% nuts. PUFAs, on the other hand, are divided into two groups, omega-6 and omega-3. Although these are indispensable, the body is unable to produce them on its own. The proportion of omega-6 to omega-3 acids in the diet is of utmost importance. PUFAs prevent atherosclerosis, by reducing blood cholesterol and platelet aggregation (i.e. their ability to produce vascular thrombi). They also reduce blood triglyceride level and regulate blood pressure. The omega-6 to omega-3 proportions in the diet are often imbalanced, favouring omega-6 which, if eaten in excess amounts, has proinflammatory and prothrombotic effects. This negative impact, however, is neutralised by omega-3 acids, which hinder the development of circulatory diseases. Among the main sources of omega-3 acids are oily sea fish, walnuts, flaxseed, rape-seed oil and chia seeds.

Coconut oil is a perfect cooking oil, to be used at high temperatures (the smoke points of refined and non-refined oil are at 204°C and 177°C respectively). As refined coconut oil is scent-free, it does not alter the taste or aroma of the dishes. And it stays fresh and maintains its properties for longer. The saturated fatty acids contained in coconut oil accelerate metabolism and do not raise blood cholesterol. They are called medium-chain triglycerides (MCTs), and are metabolised without the participation of lipase or bile. MTCs are absorbed directly to the portal vein, without being accumulated into fatty tissue. Some scientists maintain that they are helpful in combating abdominal obesity.

Ghee butter is a top-quality product containing 98.8% butter oil and 0.2% water. Ghee butter tends to be called liquid gold and is sometimes referred to as clarified butter. The butter clarification method was discovered in India, ca. 4,000 years ago, and its health benefits have been used in Ayurveda ever since. Ghee butter is rich in antioxidants and liposoluble vitamins (A, D, E, K), which are good for the bones and the immune system. Ghee butter does not raise LDL, which means that it does not cause atherosclerosis. The fat has been proven in research to reduce the level of arachidonic acid, which induces inflammations. The product does not contain milk proteins, so it can be eaten by people with allergy or intolerance to such proteins. Ghee butter is added to high-quality foods. It is suitable for frying, as its smoke points equals 252°C (compared with the 120-208°C for standard butter).

Palm oil is obtained from African oil palm kernels. It is high in antioxidants, such as vitamin E and A, and squalene, which protect the body against free radicals. Plus, it contains vitamin K, which enhances blood clotting. The content of unsaturated and saturated fatty acids in palm oil is similar, ca. 50% of each. The sterols in the product may reduce bad blood cholesterol. Palm oil contains ten times more alpha- and beta-carotene than carrot, as well as Coenzyme Q10 which, together with alpha- and beta-carotene, has a beneficial effect on the cardiovascular system. It is suitable for frying, as its smoke point is high (ca. 220°C). It is good to reach for foods that contain unhydrogenated palm oil (without artificial trans fats), with a certificate granted by the Roundtable on Sustainable Palm Oil. The RSPO’s certificate is only given to crops which do not destroy the environment and whose owners are active in protecting tropical forests, rare and endangered species of animals and plants, water resources in the vicinity of the plantation and the local people. It is worth noting that palm oil production is more ecological than that of soy, sunflower-seed or rape-seed oils, as its cultivation requires 8 times less space and the yield per hectare is higher. To produce one tonne of palm oil it is enough to have only 0.26 ha of land, compared to 2.2 ha for soy oil, 2 ha for sunflower-seed oil and 1.5 ha for rape-seed oil. Reduced consumption of palm oil would lead to an increased demand for other vegetable oils, with incomparably bigger damage to the environment. Want to learn more? 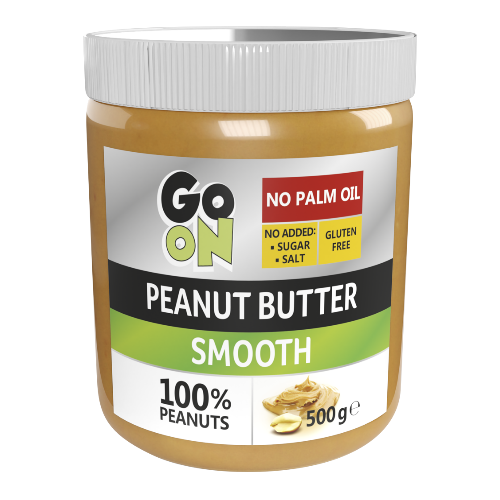 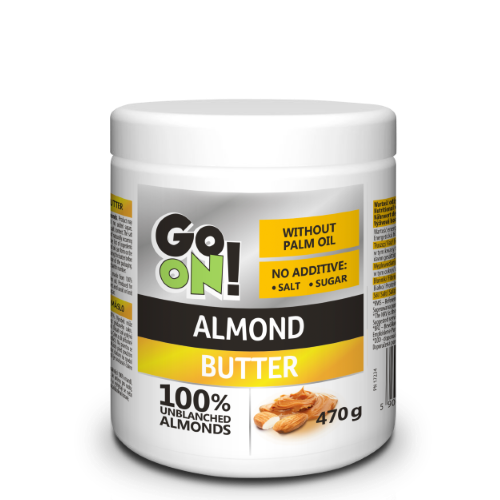 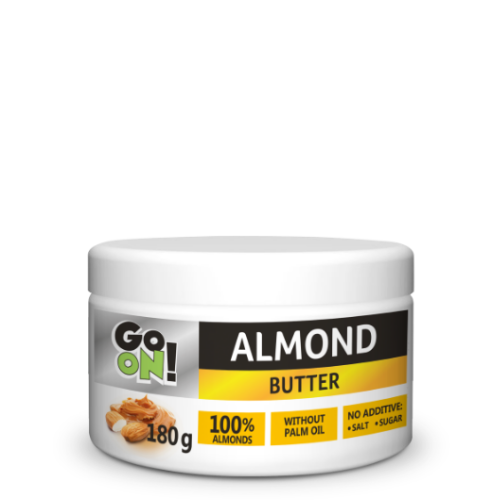 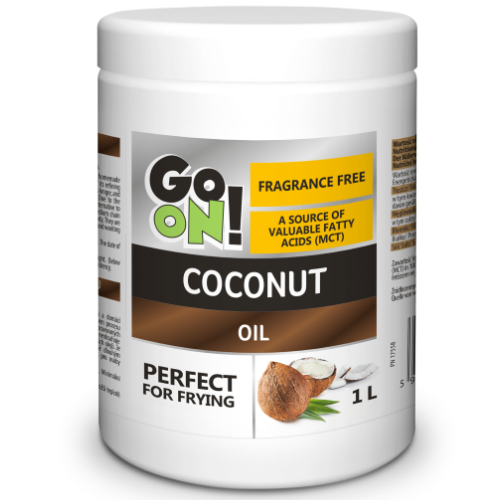 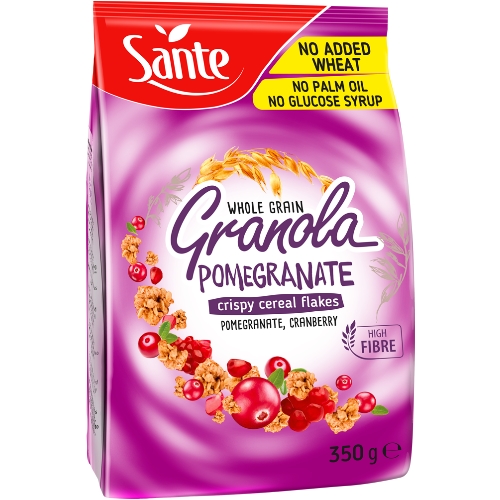 Granola with blueberry and pomegranate 350g 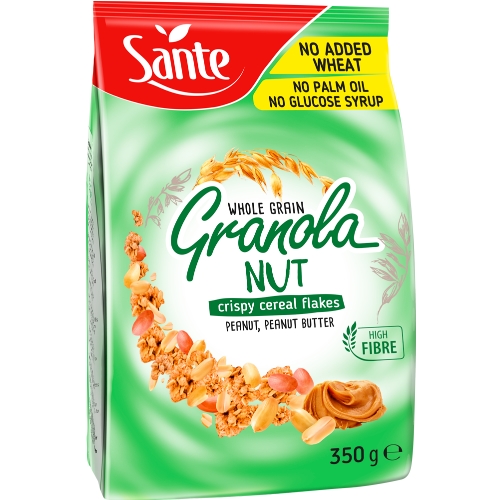 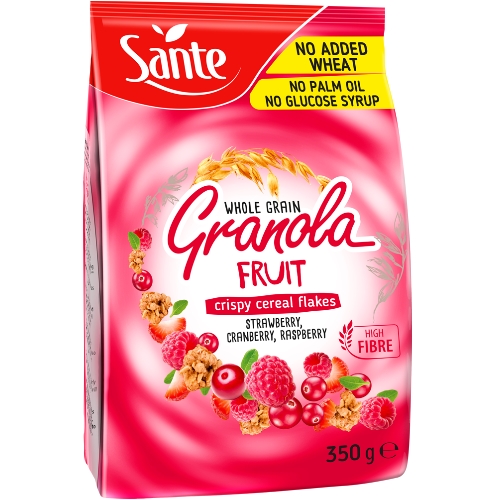 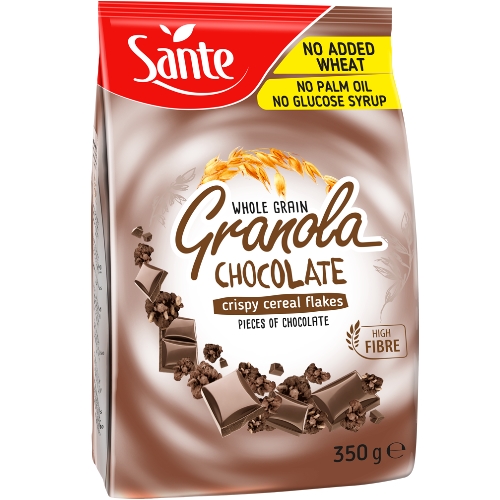 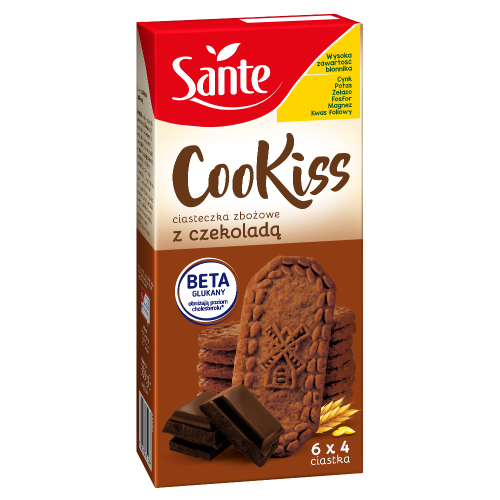 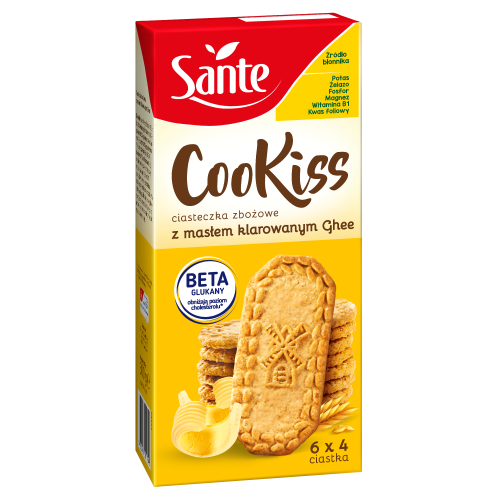 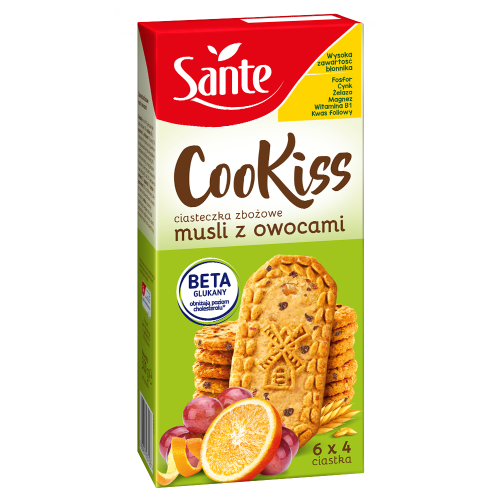 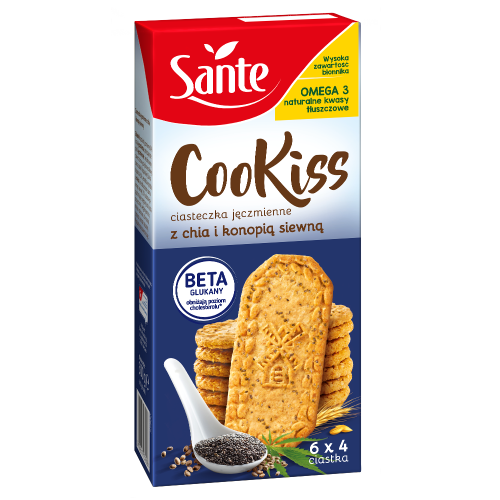 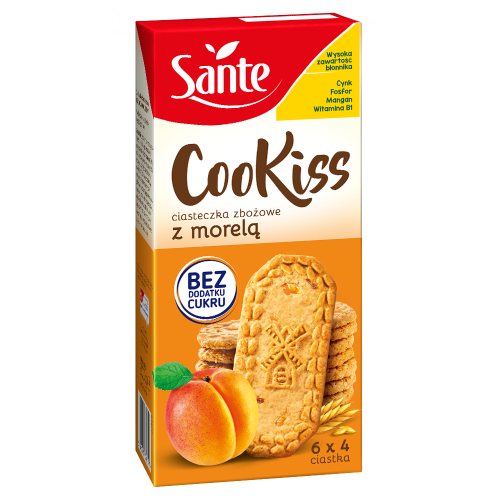